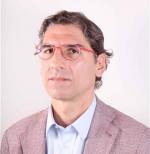 Daniele Marchisio graduated in Chemical Engineering cum laude in 1997 at Politecnico di Torino (Torino, Italy) and obtained his PhD from the same university in 2001 in collaboration with Iowa State University. From 2001 to 2003 he worked as a post-doctoral fellow at Iowa State University and until April 2004 as a visiting scientist at the Eidgenössische Technische Hochschule Zürich, when he then became Assistant Professor at Politecnico di Torino. Daniele Marchisio was promoted to Associate Professor in 2010 and to Full Professor in 2016. He has held visiting professorships at several institutions including University College London in 2007 2008, CSIRO (Melbourne, Australia) in 2013 and Beijing University of Chemical Technology from 2016 to 2019. His research activity focuses on the development and experimental validation of multiscale computational methods for polydisperse particulate and multiphase flows with application to precipitation and crystallization processes, aggregation and dispersion of particles, formation and evolution of nanoparticles in combustion processes, bubble column and gas-liquid stirrer tank reactors, turbulent liquid-liquid dispersions and fluidized beds. He is Associate Editor for the Canadian Journal of Chemical Engineering. He has authored 150+ papers published on international journals a book titled "Computational Models for Polydisperse Particulate and Multiphase Systems".